Exploring the Genealogy of Philippe Delano (de Lanoy), circa 1602-1682 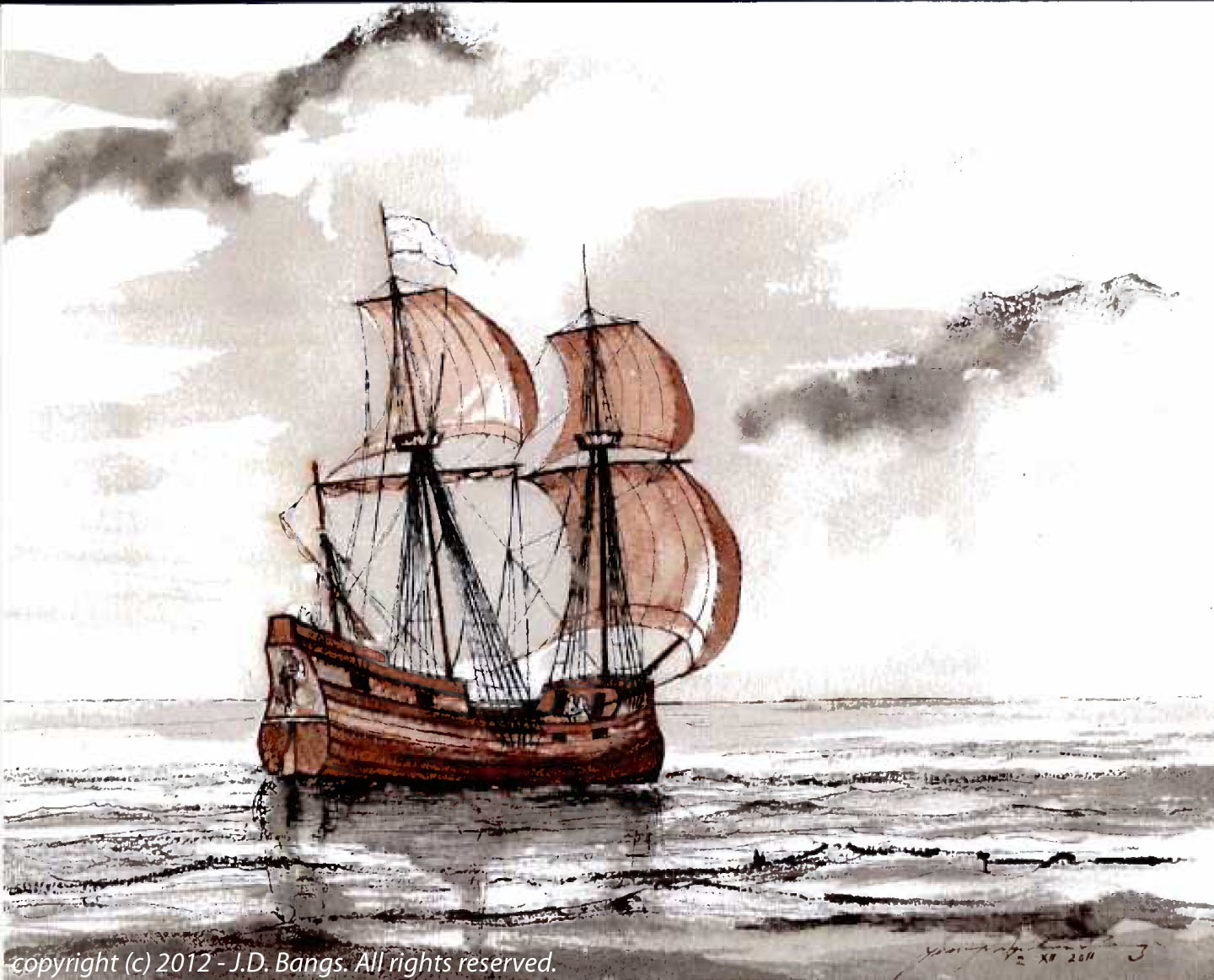 French by ancestry, Dutch by birth, and English by association, Philippe de Lanoy, just nineteen years old, embarked for America on the ship "Fortune" landing in Plymouth in 1621. He lived with his uncle, Francis Cooke, who had arrived a year earlier on the "Mayflower."

In America, the "de Lanoy" surname was anglicized to DELANO. Philippe married twice and had nine children which the DELANO KINDRED refers to as the American lines. His first marriage to Hester Dewsbury in 1634 produced six children: Mary, Esther, Philip Jr., Doctor Thomas, John, and Lieutenant Jonathan. After his first wife's death, he married Mary Pontus in 1657 and produced three more children: Jane, Rebecca, and Samuel.

You may have noticed that Philippe's last name, "de Lanoy", is also often spelled "de Lannoy" or "de la Noye". The correct spelling was a puzzle for many years until Dr. Jeremy Bangs, on behalf of our European Research Project, discovered Philippe's father Jean's (Jan) baptismal record dated 9 May 1575 in the Church of St. Christophe at Tourcoing, Flanders (now France). On that record was the the name of Philippe's grandfather, Guilbert (Gysbert) de Lanoy, which confirmed the correct spelling as "de Lanoy." In addition, Philippe's signature on the first recorded private land sale in Plymouth Colony shows that he spelled his name with one "N".

Thus far, incontrovertible documentation substantiates that Philippe de Lanoy was the son of Jan de Lanoy (from Tourcoing) and Marie le Mahieu (from Lille) who moved from Flanders, in the Spanish Netherlands, to England and then to Leyden, Holland. By 1585 thousands of Huguenots had fled from the southern provinces of what is now Belgium, collectively known as Wallonia, land of the Walloons, to escape religious persecution. (Tourcoing and Lille were formerly a part of Walloon Flanders, now located in northern France.) Jan and Marie married in Leiden and their son, Philippe, was baptized in the Walloon Church called the Vrouwekerk on November 6, 1603. He subsequently became a member of the Leiden Pilgrim Separatist congregation led by Pastor John Robinson. Thus, he became affiliated with the Pilgrims who came to America on the "Mayflower." Philippe passed away some time between August 22, 1681 (the date on a memorandum serving as his will) and March 4, 1682 (the date on an inventory of his estate).

An extraordinary tome documenting the DELANO family in America entitled "The Genealogy, History and Alliances of the American House of Delano, 1621-1899" was published in 1899. It is arranged in two "books" and is commonly known as the "GHAAHD".

The first "book" covers the history of the Delano family as it was believed to be in 1899, while the second "book" contains the genealogical information of each family entity with known biographical and historical information, beginning with Philippe (Philip) Delano and his family.